Achieving 1.5°C requires transforming the global energy system at unprecedented speed and scale. Truly transformational change requires rapid and simultaneous change at multiple levels, including social, technological, economic, and political domains. The Systems Change Lab at the World Resources Institute has described a pathway for responding to the climate crisis that entails 50 shifts in global systems ranging from sectoral transformations and resource stewardship to cross-cutting shifts in governance, transparency, and equity.

While some experts have expressed skepticism about the possibility of a fast transition to a low-carbon economy, there is increasing evidence today that such a transition is possible and economically beneficial. Indeed, case studies show that rapid transitions are already occurring in some sectors such as solar, green hydrogen, and electric mobility and in certain geographies.

Not only are new clean energy technologies rapidly advancing in competitiveness against conventional alternatives, but geopolitical forces and market disruptions are now tipping the scale even more toward non-fossil fuel alternatives. Making this transition a reality depends not just on national governments, but on the companies, banks, civil society organizations, and ordinary citizens that are willing to take active roles in driving changes in the systems that they influence. Key actors in the energy system can be more effective in unlocking rapid change when they understand the patterns that characterize that change and the most effective ways to intervene at various stages.

Here we offer a general framework that describes the stages of market transition that follow an S-curve pattern of market diffusion. We identify the key actors at each stage of the transition and the actions they can take that are most likely to advance change. We also provide case studies of ambition loops (collaborations that create positive system feedbacks to accelerate market transformation) that have played a role in energy system transitions.

Big transitions are comprised of many smaller ones. By breaking down the aggregate picture of the transformation to a zero-carbon economy, we can analyze and track the progress of transitions and consider how these changes might cascade to drive whole-system transformation.

The Systems Change Lab concludes that all 50 transitions need to occur at a faster pace and larger scale in order to meet global climate goals, but the alignment of stakeholders during COP and rise in commitments have set the stage for rapid large-scale system transformations.

Transitions can seem complex due to the sheer amount of change and investment required, from replacing infrastructure to shifting markets and passing new policies. Applied systems thinking and the science on transitions can help us acknowledge these complexities, understand the patterns behind them, and provide us with needed guidance to forge a path forward.

Everett Rogers set the stage for analyzing system transformation in the 1960s with the diffusion of innovations theory, which outlines how innovations diffuse through markets and societies following an S-curve. Frank Geels outlined a more detailed framework in his multi-level perspective, and other recent examples include Changing the Game by Lucas Simons and Andre Nijhof, and work on mission-oriented innovation systems by Marianna Mazzucato and Marko Hekkert et al. These fundamental frameworks and variations have been applied in reports, including in The Paris Effect, State of Climate Action, and Accelerating the Low Carbon Transition, and are featured in the 2022 IPCC report.

Underpinning these frameworks is a systems-thinking philosophy. Individuals, corporations, governments, and other actors make decisions and behave based on a multitude of incentives, including not only financial realities (and beliefs), but also access to information and resources, public pressure, regulatory frameworks, infrastructure, norms and culture, personal beliefs, and more. The behavior of all these actors collectively results in a complex system with interdependent incentives. Transitions are the process of how these incentives and dynamics change over time and solutions scale.

In the general framework below we describe how transitions unfold through five distinct stages, signaling tipping points and changing market dynamics and relationships. At each stage we outline appropriate stakeholder strategies, motivations, and resources to further transitions. This pattern is based on the frameworks outlined above and supplemented by our own work on ambition loops and tipping points. We have applied these in our retrospective case studies and forward-looking study on green hydrogen.

Change begins with dreamers and visionaries who notice a problem and imagine a better way to do things. In the case of the light bulb, even for Thomas Edison, the work wasn't cut and dried: The inventor tried out "10,000 failures." 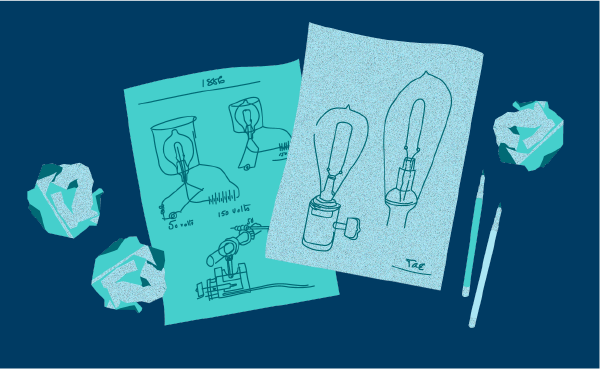 For the dream to become a reality, it must be developed, tested, and improved. In this stage, innovators, designers, and creative thinkers move the concept from models and sketches to working prototypes that can be tested. In the 1800s, British inventors had the idea to make light with electricity. They developed the arc lamp. 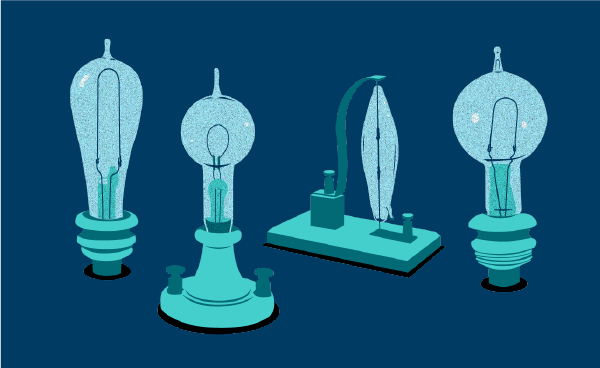 Until this point very few people are even aware of this new idea — additionally, the idea must be good enough to attract its first adopters. These are the critical people who are willing and able to try out a new way of doing something, who often see a larger potential value for the idea. Edison dreamed of a complete electrical system and demonstrated it first in New York City in 1882, home of the first US power plant — Pearl Street Station. 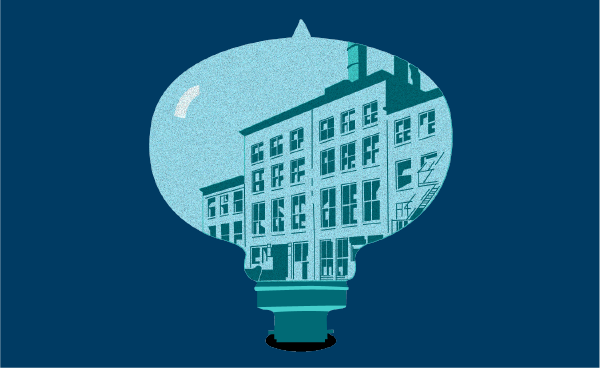 As solutions enter a rapid period of exponential growth, systems such as infrastructure, regulations, supply chains, and standards must adapt to accommodate them, and can be controversial. The electrical infrastructure and standards created a nasty rivalry over AC versus DC current between Thomas Edison and George Westinghouse. 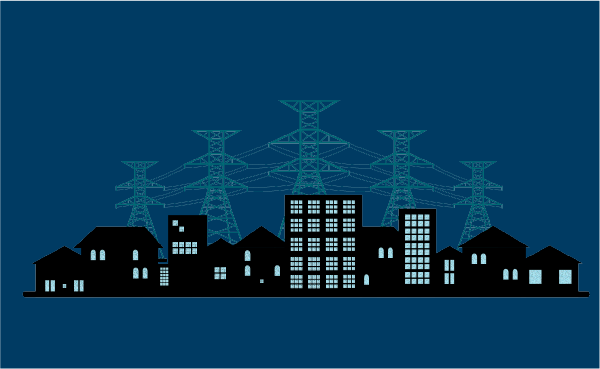 The light bulb and the subsequent build-out of the electricity grid spread around the world in a matter of decades and the light bulb continued to innovate and change in the number and type of applications in which it is used. As additional technologies were discovered, this same infrastructure supported a wave of innovation from microwaves and computers to electric vehicles today. 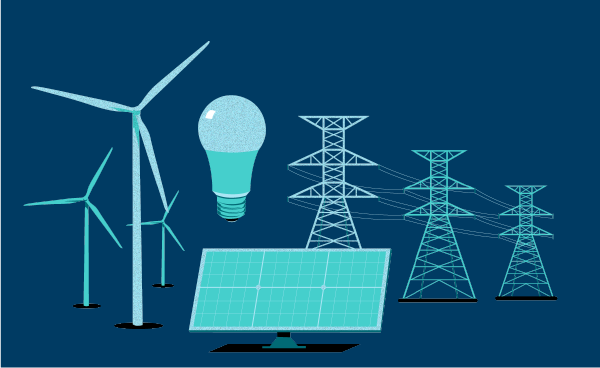 Market transformation follows a pattern, and most of the hardest work is done long before the vast majority of people know about it. This pattern has occurred thousands of times throughout human history including in cars, printing, plastic, double ledger accounting, medicines, sanitation practices, electricity, phones, traffic lights, dating apps, refrigerators, internet, computer programs, speakers, and countless other ideas that became reality.

How Ambition Loops Can Accelerate Transitions

Successful system transitions are driven by interventions that increase the participation and actions of stakeholders in the direction of accelerating the adoption of the new solution. These positive feedback loops, or ambition loops, are created from multiple actors collaborating, applying lessons learned, and using innovative technologies and approaches. The interventions are most effective when they are synchronized with stages of a transition by addressing the stage of technological advancement, responding to societal and economic realities, and taking advantage of high-leverage intervention points.

Gaps remain on how to drive ambition loops most effectively. We are developing a series of case studies to understand the factors that both create successful feedback loops and make them fail. These stories inspire, inform, and illustrate how to set up successful initiatives, programs, and policies that drive systems change.